The Assassination of Gianni Versace is the second season of Ryan Murphy’s anthology series American Crime Story (the first one was about O.J. Simpson). The 9 episode series stars Darren Criss as Andrew Cunanan, the killer of the famous designer.

Criss won quite some awards for his role and the series got positive reviews from critics in general. Two things stood out for me personally: the surprising but good casting and the Versace mansion….wow that villa is really something!! Gianni Versace lived in Villa Casa Casuarina in Miami beach and a lot of scenes in the series were filmed there.

The villa is 1765 m2 and has a spectacular and theatrical interior with decadent details and mural-covered walls and ceilings. Very…Versace! Casa Casuarina was built in 1930 by the American architect Alden Freeman and had different owners between Freeman’s death and 1992, when Gianni Versace bought it.

He bought the mansion for $2,95 million dollar and the adjacent hotel, the Revere, for $3,7 million dollar. There is not much left of the hotel as the garden and swimming pool were built on it’s ground.

The renovation of the Versace Mansion took about three years and cost more than $30 million dollar. He did not enjoy his mansion very long as Gianni Versace was killed in 1997. He was shot and killed on the front steps of the mansion.

Donatella Versace sold the property to telecom entrepreneur Peter Loftin for $19 million in 2000. VM South Beach, LLC bought it for $41.5 million in 2013. The Villa Casa Casuarina operates as a boutique hotel now. There are 10 suites (the signature suite was Donatella’s room), a stunning mosaic-tiled pool, a spa, a gym, a bar and an Italian restaurant called…Gianni’s! 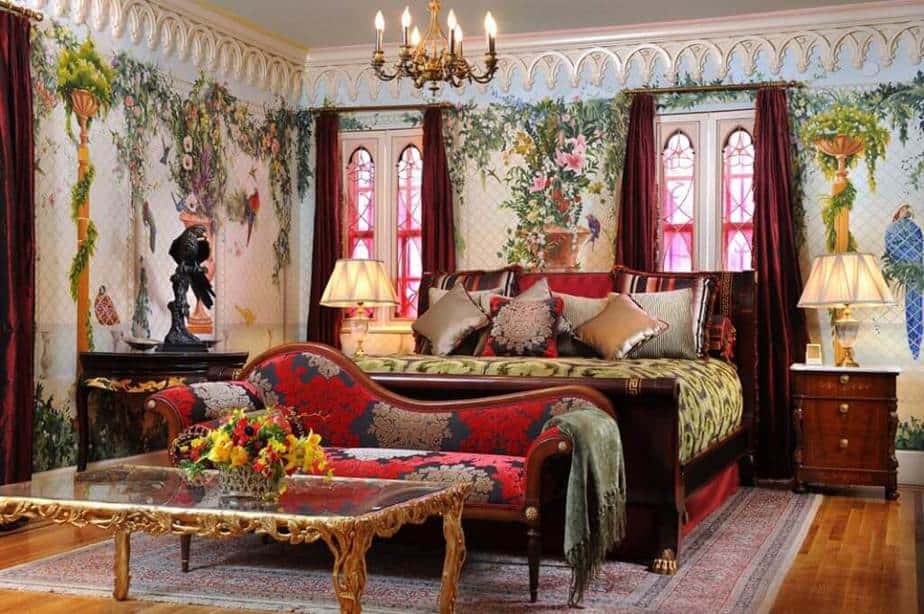 The pool is really really gorgeous. It contains thousands of 24K gold tiles. Swimming there is on my bucket list 🙂

So, what do you think about the villa? Gorgeous or too much?

Why choose? We love art, movies and hotels. Come and get your weekly shot of beautiful things and beautiful places on Cake & Caviar.